The RBI, contrary to expectations has chosen to give a clear signal that fighting inflation is its core priority. The rupee fell and bond yields surged after the central bank surprised markets with a hike in the repo rate. The central bank also unwound some of the cash tightening steps previously undertaken since mid- July by lowering MSF and daily CRR requirement for banks.KEY HIGHLIGHTS1) REPO rates increased by 25 bps, now at 7.50%2) Consequently, Reverse REPO rate adjusted to 6.50%.3) MSF rate reduced by 75 BPS to 9.5 %.4) Consequently, Bank rate adjusted to 9.5 %.5) Minimum Daily maintenance of CRR required brought down from 99% to 95%.6) SLR & CRR unchanged at 23.00% and 4.00% respectively.7) Inflation worrisome, no room for complacency.8) WPI inflation will be higher than that projected for rest of the year.9) Economic growth trailing below potential.10) Pace of infrastructure project completion subdued, new projects' starts remain muted.11) Next monetary policy review on October 29ECONOMIC SCENARIOGlobal Economic ConditionsSince the First Quarter Review (FQR) in July, a weak recovery has been taking hold in advanced economies, with growth picking up in Japan and the UK and the euro area exiting recession. The decision by the US Federal Reserve to hold off tapering has sustained financial markets but tapering is inevitable.Indian EconomyGrowthGrowth has weakened with continuing sluggishness in industrial activity and services. Slow pace of infrastructure project completion and weak consumption of durable goods in rural areas are resulting in trailing growth below potential. However, some pick-up is expected on account of the brightening prospects for agriculture due to kharif output and the upturn in exports. InflationWPI inflation, which had eased in Q1 of 2013-14, has started rising again as the pass-through of fuel price increases has been compounded by the sharp depreciation of the rupee and rising international commodity prices. However, the current assessment is that in the absence of an appropriate policy response, WPI inflation will be higher than initially projected over the rest of the year. What is equally worrisome is that inflation at the retail level, measured by the CPI, has been high for a number of years, entrenching inflation expectations at elevated levels and eroding consumer and business confidence. External SectorWeakening domestic saving, subdued export demand and the rising value of oil imports - most recently due to geopolitical risks emanating from the Middle East - have led to a larger current account deficit (CAD). Concerns about funding the CAD, amplified by capital outflows precipitated by anticipated tapering of asset purchases by the US Federal Reserve, increased volatility in the foreign exchange market.POLICY STANCE1) It is quite clear from the policy that RBI Governor, Raghuram Rajan has put inflation fighting at the top of his agenda by raising the repo rate by 25 bps points to 7.5 %.2) Rajan’s second priority is to address the current account deficit (CAD), which is the primary cause of the rupee’s recent decline.3) The Governor went out of his way to kill those hopes of market that the RBI will also take the opportunity to ease its policy influenced by the US Fed’s decision to continue bond’s buying programme.  As a prudent Governor, Rajan is clearly not planning to use the US Fed’s decision to make imprudent monetary easing himself. 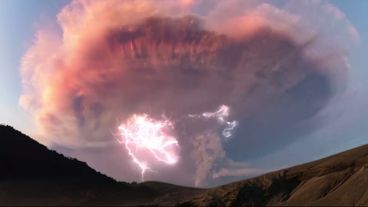 next article： Can You Trust Your Moving Company?